The Fratelli line is produced by several different families throughout Italy. Each specializes in the indigenous varieties grown in their regions and produce some of the best wines in those areas. 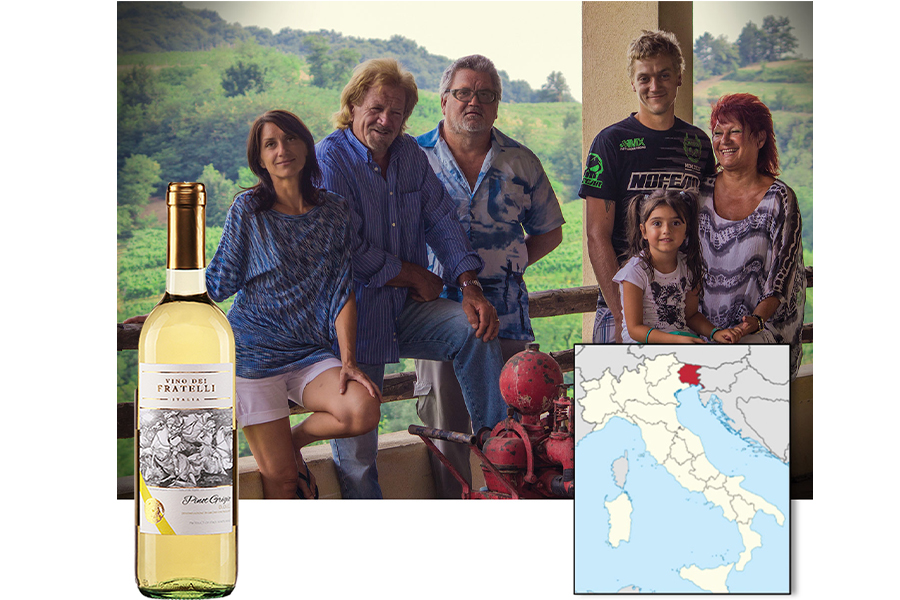 The City of San Floriano del Collio nestles among gently rolling hills covered with vineyards, cherry trees and acacia woods, within the Friuli Venezia Giulia region near the Slovenian border. It is here that Mariano and his wife Loredana planted their first vineyard on a small plot of land in 1972. Over the years their great commitment and enthusiasm has allowed the estate to increase its area to approximately 74 acres, situated in the Collio and Friuli Isonzo DOC zones, which have always been prime winegrowing country.  The hamlet of Ascevi is the name of the area where the largest vineyard (approximately 14 acres) is located. Luwa is derived from combining the names Luana and Walter, Mariano and Loredana’ s children. The Collio vineyards are situated at an altitude between 180 – 250 meters above sea level in soil with good structure and mineral content made up of stratified marl and sandstone. Most of the estate’s production comes from these vineyards.

Bosio vineyards, now in its 3rd generation, was established in 1967 by farmers Egidio and Angela. Their son, Valter Bosio, his wife Rosella, and their son Luca, a graduate winemaker, work tirelessly to keep up the family tradition. Luca has brought a wave of freshness and novelty both in technical and commercial areas. He has brought innovative and progressive ideas and is carrying on the family tradition of making superior wines. The winery is located in the center of the Langhe region of Piedmont and has 100 acres of vineyards. 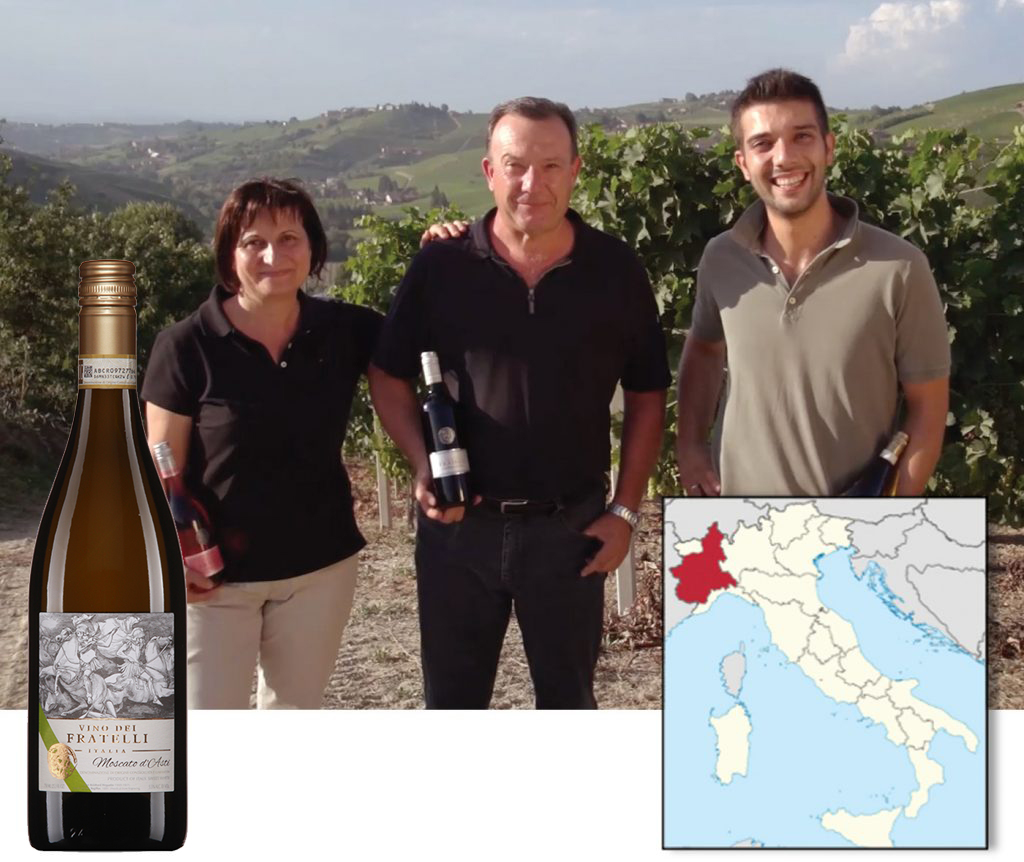 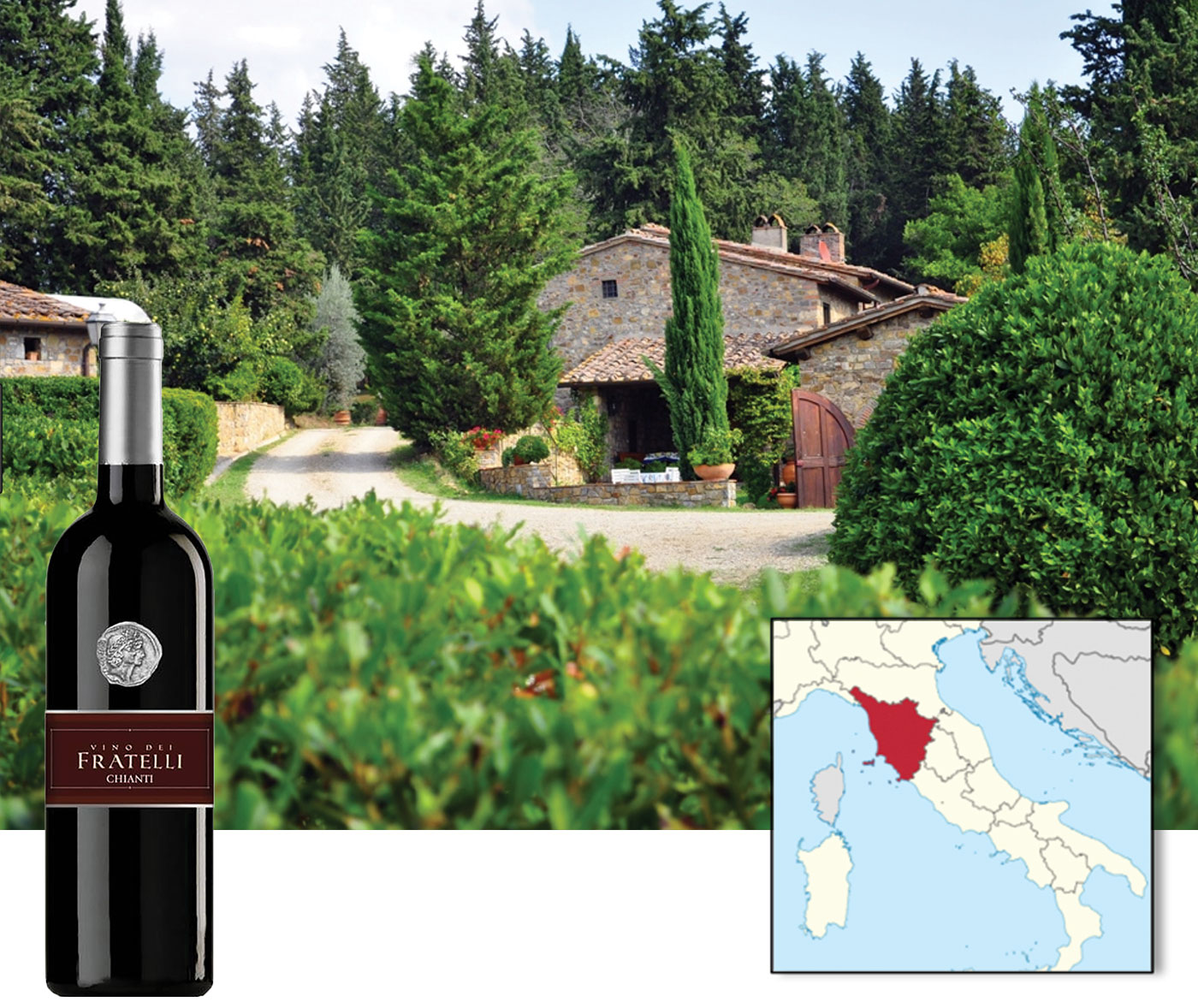 The Nistri winery is one of the oldest in Tuscany, dating back to 1865 when Francesco Nistri set up a wine trading business in Mezzana, on the outskirts of Prato.  Today the Nistri winery is run by Mario and Piero Nistri (4th generation) and Massimo and Fabrizio Nistri (5th generation). The winery’s central office is in Greve, in the Chianti Classico production zone. Radical changes have been made at the winery in recent years with investments in new technology and machines, and intensified focus on the production and bottling of fine quality wines.

The Serenas’ roots can be found in Venice dating back to 1390, but it was actually in 1881 that they began making great wine with passion, perseverance and pride. The two following generations brilliantly realized that innovation and passionate research would preserve and carry their wines into the future. In 1967 Adolfo Serena decided to build a new business structure to obtain the positive results and new perspectives needed to pursue the winemaking future.

In the mid 70’s, Adolfo’s two sons Giorgio and Gerardo Serena became part of the family business. The fifth generation of the Serena Family is now managing the business with Luca at the helm. He has the task of keeping the excellence of “Made in Italy” their first and foremost goal. 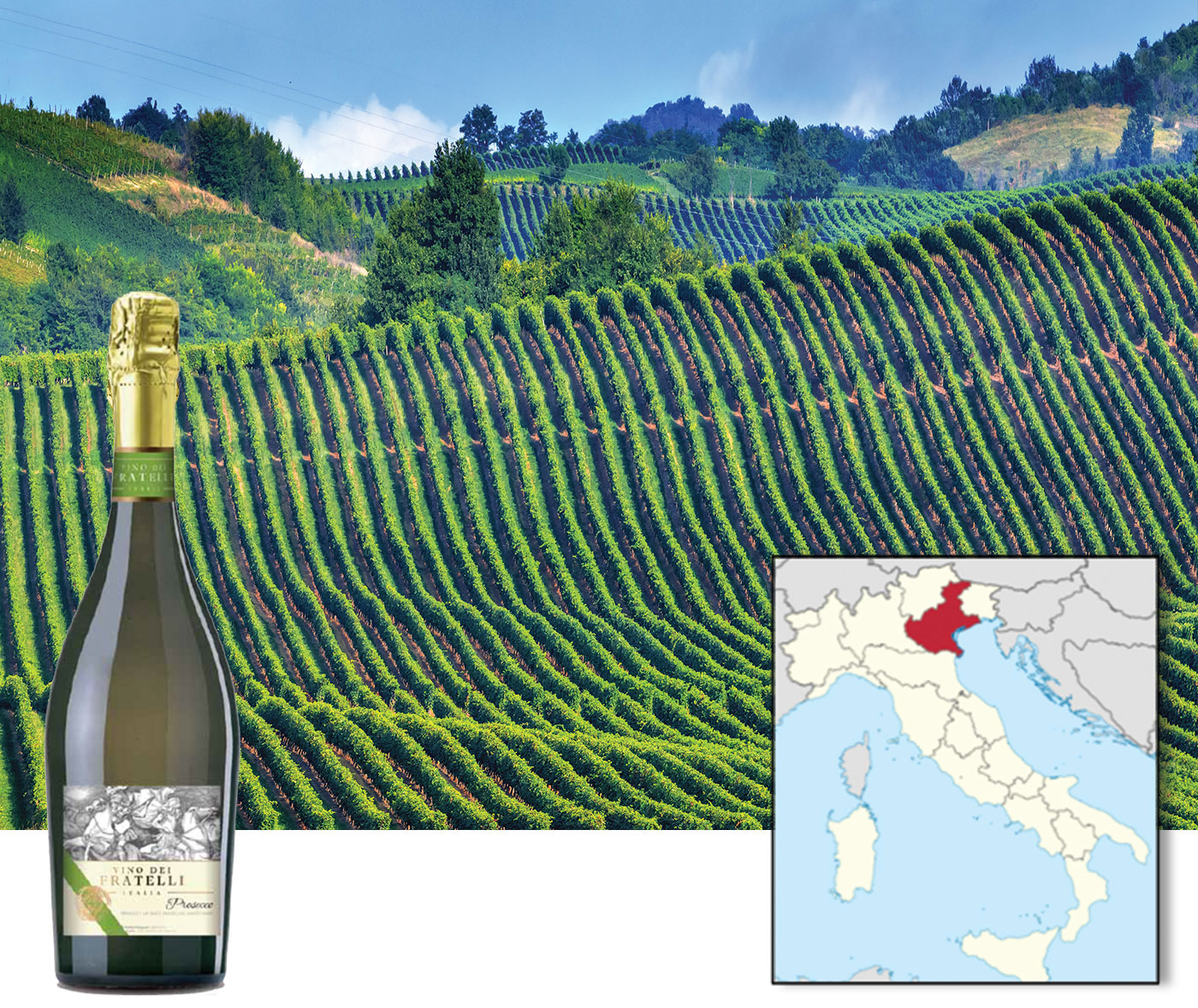 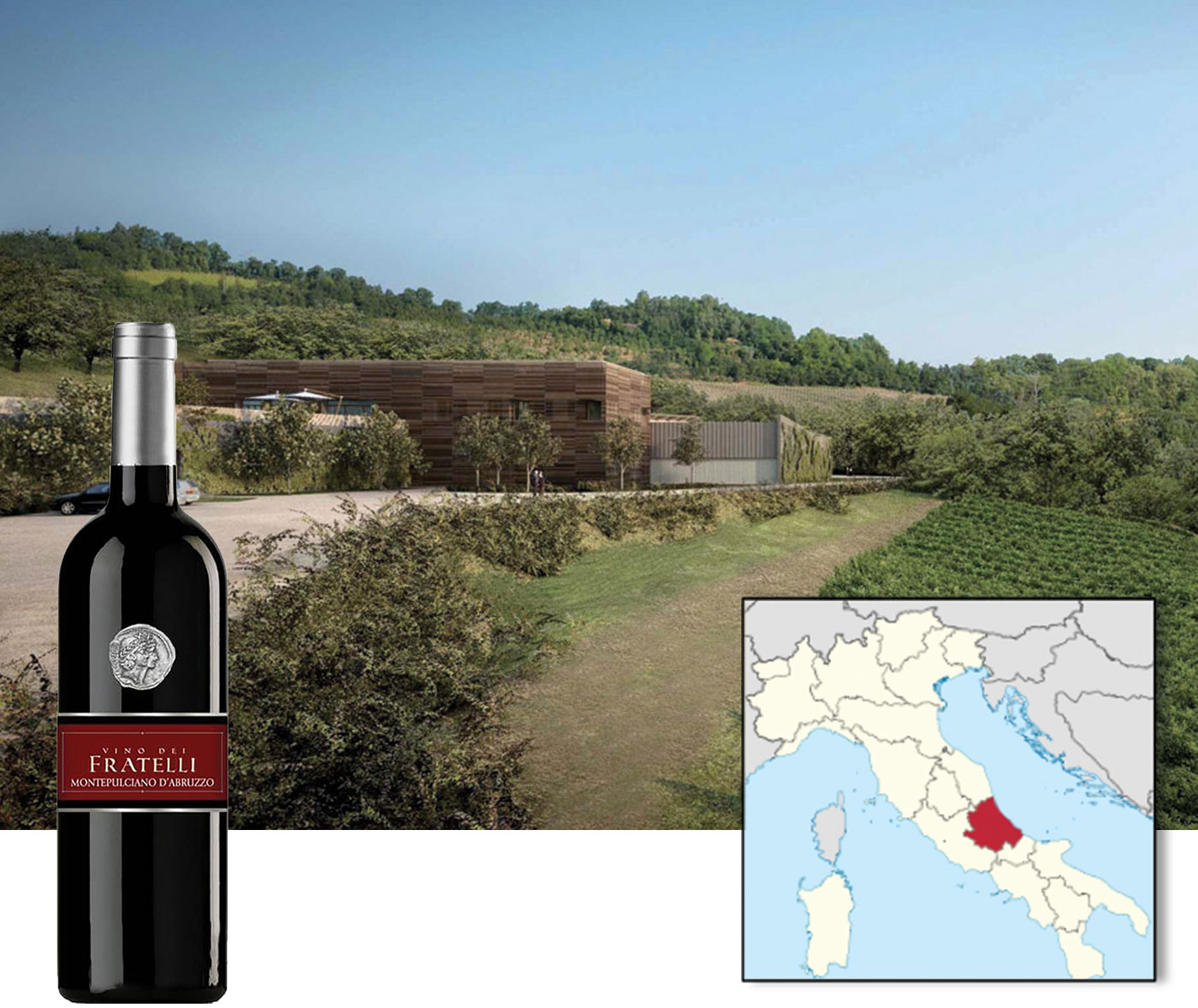 The Spinelli Family, whose homeland has always been Abruzzo, has the consistent dedication, respect and passion for making wine for more than 40 years now. They are a family run business that is very proud of their history. The two sons of Vincenzo, Carlo and Adriano, are primarily running the company now having followed in their father’s traditions. The flavors of the region are also essential to the final products’ quality. Vincenzo Sr. decided to expand the company in 1992, leading to larger production and advanced techniques. Creating high quality wines with higher production volumes has been their focus and working with skilled enologists throughout Italy helps accomplish this very thing.